With Supermetrics for Google Sheets, Sleeping Giant Media’s monthly reporting process has shortened from 7 days to a few hours

Get full access to Supermetrics for Google Sheets with a 14-day free trial.
No credit card require

Sam Caesar is a Search Account Manager at Sleeping Giant Media, a Professor of Search in Giant Campus, and a power user of Supermetrics who has been using the product since 2014. At Sleeping Giant Media he is responsible for the planning, implementation, running and optimization of PPC, SEO, outreach strategy and Social Media Marketing for their clients. 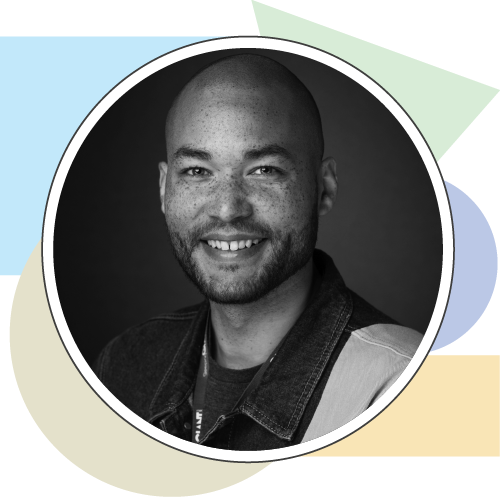 “Supermetrics has that hungry attitude of striving to be as useful as possible while listening to customers’ feedback.”

Let’s rewind back to 2014 when Sam was a Search Account Executive working on multiple client projects. He was also a member of a four-person team that was running campaigns on Google Ads and Bing Ads across six different sub-brands within one larger client’s brand, which was quite a time-consuming project. “Even though we had many other clients we were working with, all my time was spent on reporting for that one client,” Sam says.

Sam would get into the office on Monday morning and the first thing he would do was download all the individual custom reports from Google Analytics, Google Ads & Bing Ads and paste this data into a single Excel spreadsheet. After that, he needed to make sure that all the columns matched and pivot the data into numerous tables in separate tabs. The data also needed to be refreshed based on the campaigns’ and ad groups’ activity for that week, with data for the pivot tables again needing to be refreshed. 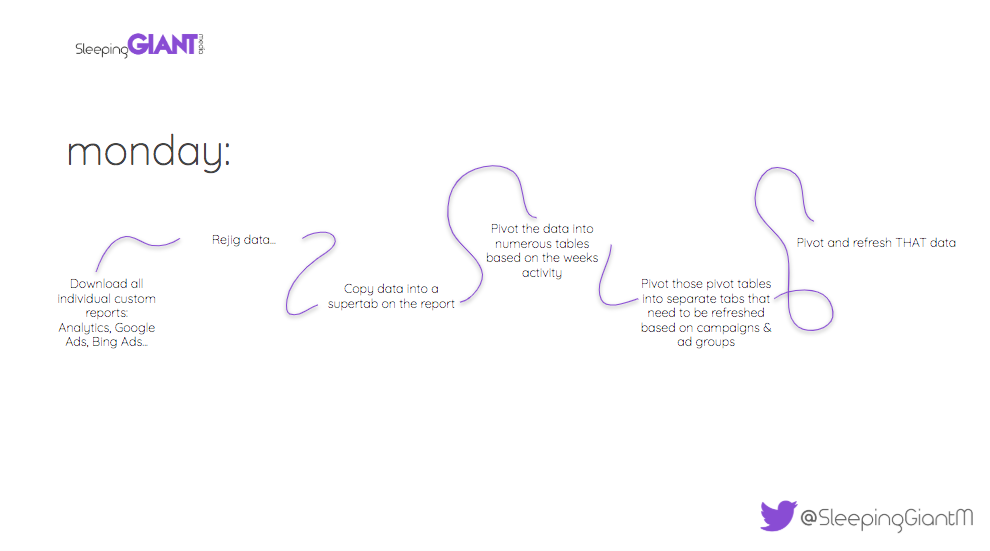 Downloading the data manually from each source took hours, and even with a semi-automation of getting email reports from the different platforms, he still had the hassle of adjusting the data format if it was different from Google’s.

The format adjustment part was challenging as well since in order to build reports in Excel the data had to be completely clean. Even after the team exported the CSV files into the spreadsheets, data adjustments were still needed.

After the report was completed, Sam would then discuss it with the client and come up with the next steps based on the discussion. 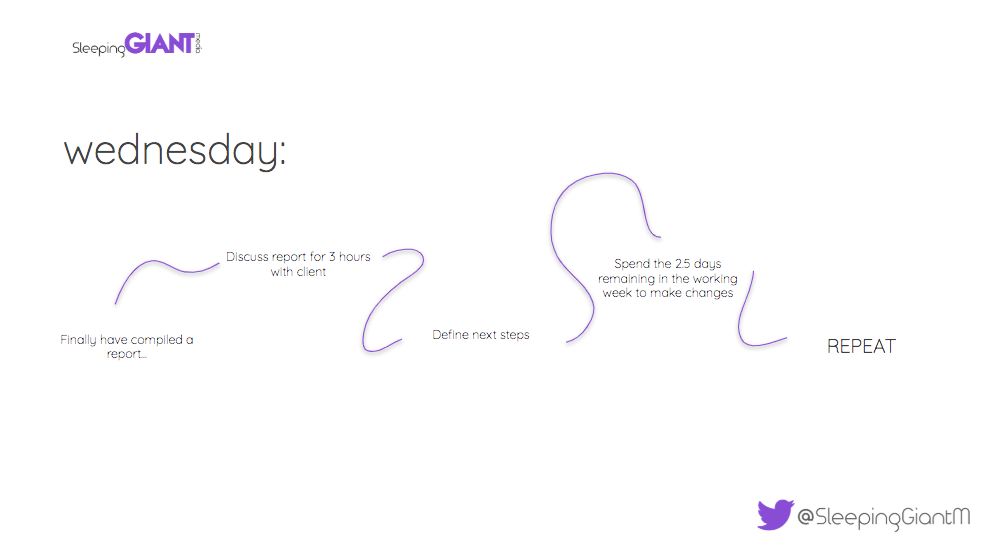 That all meant that the reporting cycle lasted from two to three days, and very little time was left for the actual campaign optimization. This process was happening over and over again, leading Sam to the point when he started looking for marketing automation solutions.

It was at this point when he decided to rethink the company’s entire concept of marketing reporting.

Sleeping Giant Media’s team used many different tools, from web analytics services like Google Analytics to SEO platforms such as Moz and SEMrush. The main challenge with these tools was that each of them provided reporting in their UI based on their own data, which was relatively limiting. The marketers could link Google Search Console with Google Analytics, but no solution allowed you to easily combine data from all these sources, which was why the data had to be exported to Excel separately.

Supermetrics, in turn, did quite the opposite. Instead of limiting the reporting with a particular UI, it allowed Sam to bring data directly into Google Sheets (the new data destination Sleeping Giant Media’s team decided to try). He started building the same report he used to build manually, but with all the data pulled in automatically using Supermetrics connectors.

Next, the team built all 6 reports they needed with Supermetrics. The tool helped Sam simplify the reporting process significantly.

“One of the most difficult things in my life was data pivoting. Trying to blend the data from two or three different sources in Excel required many different types of pivot tables. Sometimes we would have to pivot in order to surface the data that we needed for the reports. Whether it was week on week comparisons of specific campaign performance across different platforms or looking at overall contribution from a particular timeframe, it would require multiple pivot tables to blend the needed data,” Sam explains.

With Supermetrics, data blending has become simple. Sam could build the query for one data source and then use the same setup to fetch data from another source by simply copy-pasting the query. Once the report was built the same logic could be copied across all six reports.

“Doing small changes to one query and copying it six times, rather than manually downloading and tweaking the data from six different sources was a real game-changer.”

A versatile product: using Supermetrics for both client & internal reporting

After the team mastered Supermetrics for Google Sheets they started to use the product in a variety of different ways.

Sleeping Giant Media works with a great variety of marketing tools, depending on client project needs. If it is a PPC project, the team can create an overview dashboard to see how well a particular channel is performing.

For example, the team could create a Paid Channel Mix report that would blend data from Google Ads, Bing Ads and Facebook Ads. This way campaign performance across different channels can be easily tracked.

The team can also run ad-hoc queries to extract specific information in case they need to answer a particular question about the campaign.

Apart from the more classic reporting scenario of monitoring the campaign performance and SEO efforts progression across different platforms, the team is also using Supermetrics for Google Sheets for their internal reporting.

The way Sleeping Giant Media’s business model works in its most basic form is that a client pays for a set number of days or hours. Just like with lawyer’s services, every task that the team does for a client costs a certain amount of time.

Sam and his colleagues track which team member has spent time and how much time was spent on each marketing channel. The data is first entered in a database. Then, this information is pulled into Google Sheets through Supermetrics’ Custom JSON/CSV connector, where the team can build reports to track hours and come up with ideas on how they can become more efficient.

Supermetrics originally started as Sam’s own small project. The task was to build an automated report that would aim to cut down their reporting time by 20%. That was a proof of concept for Sleeping Giant Media and if their biggest PPC client was able to successfully use an automated reporting solution that was fully customizable, the same approach would also be used with other clients companywide.

The changes in reporting within Sam’s team impacted how the whole company started to report on PPC. This, in turn, impacted how they reported on SEO. Back then, their SEO reports were very basic and if the team wanted to surface any data, they had to take screenshots from Google Analytics, which was exhausting and time consuming. Monthly reporting for all Sleeping Giant Media’s clients used to be a seven-day event.

“The impact Supermetrics had has changed not only the process for one client, but also our entire business and the way that we’re able to surface information in a way that is individual and useful,” Sam says.

It has become a lot easier for the team to get granular information. For example, in case a client wanted to see how many people performed a particular action on a particular page, it was very easy for them to pull that specific data into the report.

With Supermetrics, the team could also fetch the data from multiple sources, do the needed calculations directly in the spreadsheet, set up a data overlay, and then visualize the results in a graph. This way, Sam and his colleagues could get the information which they otherwise wouldn’t be able to get or surface very easily.

Sam noticed that Supermetrics added new data sources at a fast pace despite being a small startup in 2014. He says, “It felt like every month, there was a new connector, a new API that was plugged in that we could use. And so every time we thought, “oh, maybe we could use the new connector to build a report for this client, because they use this particular platform.” The possibilities were endless. And even though in the beginning, I didn’t have all of the integrations I needed, the tool had been developing and continues to develop. And that is such a powerful thing.”

Sam also notes that Supermetrics has “that hungry attitude of striving to be as useful as possible while listening to customers’ feedback”.

As Supermetrics has developed, Sleeping Giant Media has also been growing and developing over the years.

“Supermetrics has been a really big part of the development and growth of our business, which is because we’ve been able to spend our time more efficiently and provide more useful data and insights for our clients,” Sam concludes.

“The impact Supermetrics had has changed not only the process for one client, but also our entire business and the way we’re able to surface information.”

Looking forward: How Sleeping Giant Media is planning to use Supermetrics in the future

Sleeping Giant Media started their exploration of automated marketing reports with Google Sheets, but they aren’t planning to stop there. Sam says, “One of my colleagues is currently heading up another big marketing reporting project that would save us time and we’re exploring the use of either Microsoft PowerBI or Google BigQuery. We are thinking of using Supermetrics to bring the data into either of these destinations.”

Supermetrics has not only speed up the company’s marketing reporting processes, but also helped make their work with customers more meaningful. Sam continues by saying that, “No other product apart from Supermetrics gives us the level of data granularity and reporting possibilities that we need in order to make sure we’re efficient, spending enough time listening to our clients and keeping track of campaign progression. Supermetrics allowed us to get the required level of reporting flexibility and ticked all the boxes in terms of the features we need. If you don’t measure it, you can’t manage it. Those words have been hammered into my soul. They are the two principles I live by.” 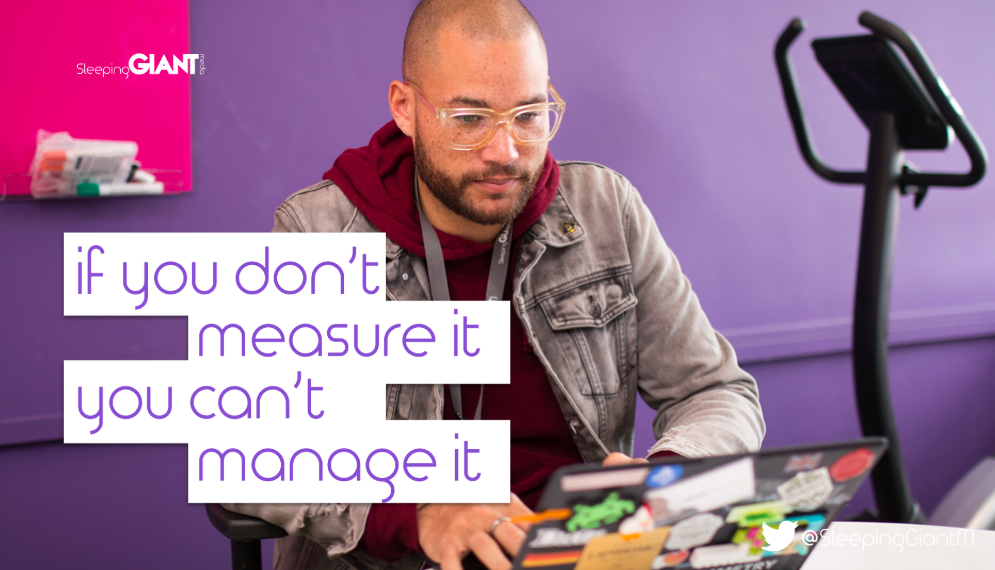 At Supermetrics, we’re proud to be the product that helps Sam live by his principles and supports Sleeping Giant Media on their way to big wins.

Want to increase your marketing reporting efficiency just like Sam and his team have? Start your free trial of Supermetrics today!

Get full access to Supermetrics for Google Sheets with a 14-day free trial.
No credit card required.