With huge website traffic volumes, global marketing campaigns to run, and donations to process, Save the Children UK has a lot of data to manage, report, and analyze

Using the Supermetrics API, they fed data into SQL & Power BI, doing all the ETL work at SQL level where possible, reducing the risk of dirty data creeping into data sets

Discover how your business can automate data transfers with Supermetrics for API. Book your free demo today.

Save the Children is a global charity operating in over 120 countries. Founded in London in 1919, it’s the world’s leading independent organization for children whose objective is to improve the lives of children across the globe.

Save the Children UK is one of 29 local organizations and Darren Robertson is their Lead Digital Analyst. At the core of their data processes and technology is Supermetrics, which is helping Darren and his team achieve so-called master data management. 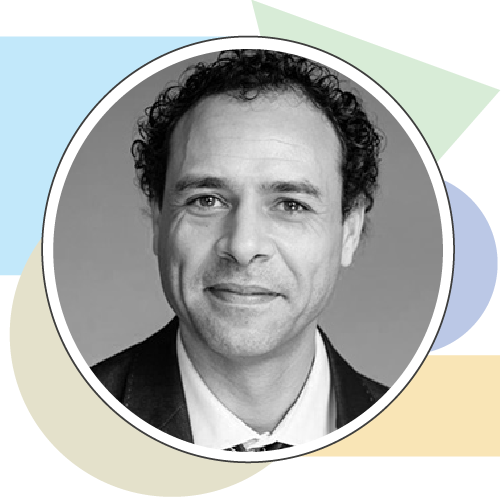 “At Save the Children, data is a huge part of what we do. It’s important the money we spend on marketing is used appropriately and Supermetrics has helped us do this in a much more efficient way.”

With huge website traffic volumes, global marketing campaigns to run, and donations to process, Save the Children UK’s analysis team has a lot of data to manage, report, and analyze.

Save the Children UK have been using Supermetrics in spreadsheets and Google Data Studio ever since the original Data Grabber, and whilst this was suitable at first, it eventually reached its limits. As the amount of their marketing data grew, Save the Children needed a solution that would allow them to gather 3rd party data from their various platforms and deliver it into their Power BI reporting solution to give the organization a holistic view of performance.

When Darren Robertson joined Save the Children UK as Lead Digital Analyst, his focus was on creating change through the use of advanced analytics, whilst also moving the organization’s data function forward to a more commercially-driven unit.

With a background in digital analytics and being named in the DataIQ Top100 as one of the most influential data and analytics practitioners in the UK, Darren’s main objective was to achieve so-called master data management. Darren explains this as, “centralizing the reporting function to operate as a self-service business function.”

The first step to achieving this vision was assessing the digital analytics tech stack, building a single source of truth when it comes to data, and ensuring it was able to fuel all their reporting systems. “At Save the Children, data is a huge part of what we do. It’s important the money we spend on marketing is used appropriately and Supermetrics has helped us do this in a much more efficient way than in the past,” says Darren.

Save the Children had been using Excel and Data Studio but this led to a situation where there were multiple spreadsheets floating around, creating an unmanageable spread-mart. So centralizing that data became a first objective for Darren. Secondly, since Data Studio didn’t provide the needed functionality for what they wanted to do with their data – layering Python and R on top of that, and performing deeper filtering with advanced analysis techniques – there was a need for something more powerful…

“We went with the Supermetrics API so we could feed all our data from our 3rd party platforms into Power BI. We’re also doing all that ETL work at SQL level to reduce the risk of dirty data creeping into our data sets.”

“We went with the Supermetrics API so we could feed all our data from all our 3rd party platforms into Power BI. We’re also doing all that ETL work, at SQL level where possible, reducing the risk of dirty data creeping into our reporting and analysis data sets. The native connectors within Power BI were not enough for us and if a connection fails then your entire report will not load. So the stability of the API was important as it allowed us to have one single product, rather than a multitude of different connectors. This makes data management far more manageable,” Darren says.

Darren adds that, “For me, there are two important outcomes with this grand plan of master data management; increase revenue and decrease cost. Reduction of cost is very important, and thinking that 75% of an analyst’s time is data cleansing and manual work, so if you’re able to reduce this you can quickly calculate the savings we can make. Master data management lets you do that. We can also run more complex models or analyses using data from multiple sources. For example, blending web analytics data with our CRM or then having a quality scoring for our data. So this is why master data management is so important, since we have a single source of truth for all our data, plus it saves us time going to all our different platforms.”

How Save the Children uses Supermetrics

Save the Children has streamlined their processes of master data management, and here’s how they do it.

Firstly, Supermetrics pulls in the previous day’s data every night, at midnight. That becomes the reporting base for the next day and it feeds into all of Save the Children’s different reports. These include:

In addition to those listed, Darren has a few more under construction including a report that tells them when PPC keywords should be moved into SEO when they become too expensive. Once that happens, each keyword would be added into an SEO workstream for their content team and then the PPC team can go and bid on other keywords. Meanwhile the content team could create content around that certain keyword topic, expand on some existing evergreen content, or even use AI to populate the content.

Another report Darren is looking at is the distribution of sales or donations by channel. This will help Save the Children optimize the sums they ask for based on which channel people come through since there is a correlation between channel and amount you’re willing to donate.

When it comes to emergency reporting, for example, if there’s an earthquake or other natural disaster, then real-time reporting is a necessity, and this is where public data connectors are very important. And to ensure Save the Children is able to secure the needed funds and donations, Darren runs competitor analysis reports, even though it’s not too common in the charity space.

Overall, Supermetrics ensures Save the Children has all their data in one central place, including public data, all of which helps Darren and the team realize their vision of master data management.

“Using Supermetrics has not just saved us time but also money – it’s actually saving us tens of thousands of pounds per year.”

The results & impact of Supermetrics

On the impact Supermetrics has had for Darren and Save The Children UK, Darren says that, “There is a sense of a safety net with Supermetrics and if something goes wrong I can lean on their team. You can see how overtime Supermetrics has been scaling out different connectors and their approach is very on the ball, maybe even ahead of the curve. Many companies would not consider Adobe Analytics as a connector yet Supermetrics did, so this was great. People I’ve spoken with over time have had a good relationship and said good things, so having a good relationship with a service provider is extremely vital.”

Darren continues by saying that, “Supermetrics has been helpful as things are quicker and we don’t need to export/import data. Now we don’t need to do much reporting since it can be standardized and automated. We’ve reduced the time on reporting, which opens up a huge amount of time our team can spend on analysis. Using Supermetrics has not just saved us time but also money – it’s actually saving us tens of thousands of pounds per year.”

What does the future hold for Save the Children?

In the future, Darren said that voice of customer will be one of the most important focus areas for the digital analyst teams. They will also be Improving personalization and looking to utilize machine learning as part of their processes and operations.

Either way, it will be the next evolution of Darren’s grand vision of master data management. And we’re thrilled that Supermetrics will be a part of it.

Want to centralize your data just like Darren has done at Save the Children? Start your free trial of the Supermetrics API or contact our sales team to discuss more.

If you'd like to see how your business can benefit from Supermetrics API or any of our other products, book a call with our sales team.